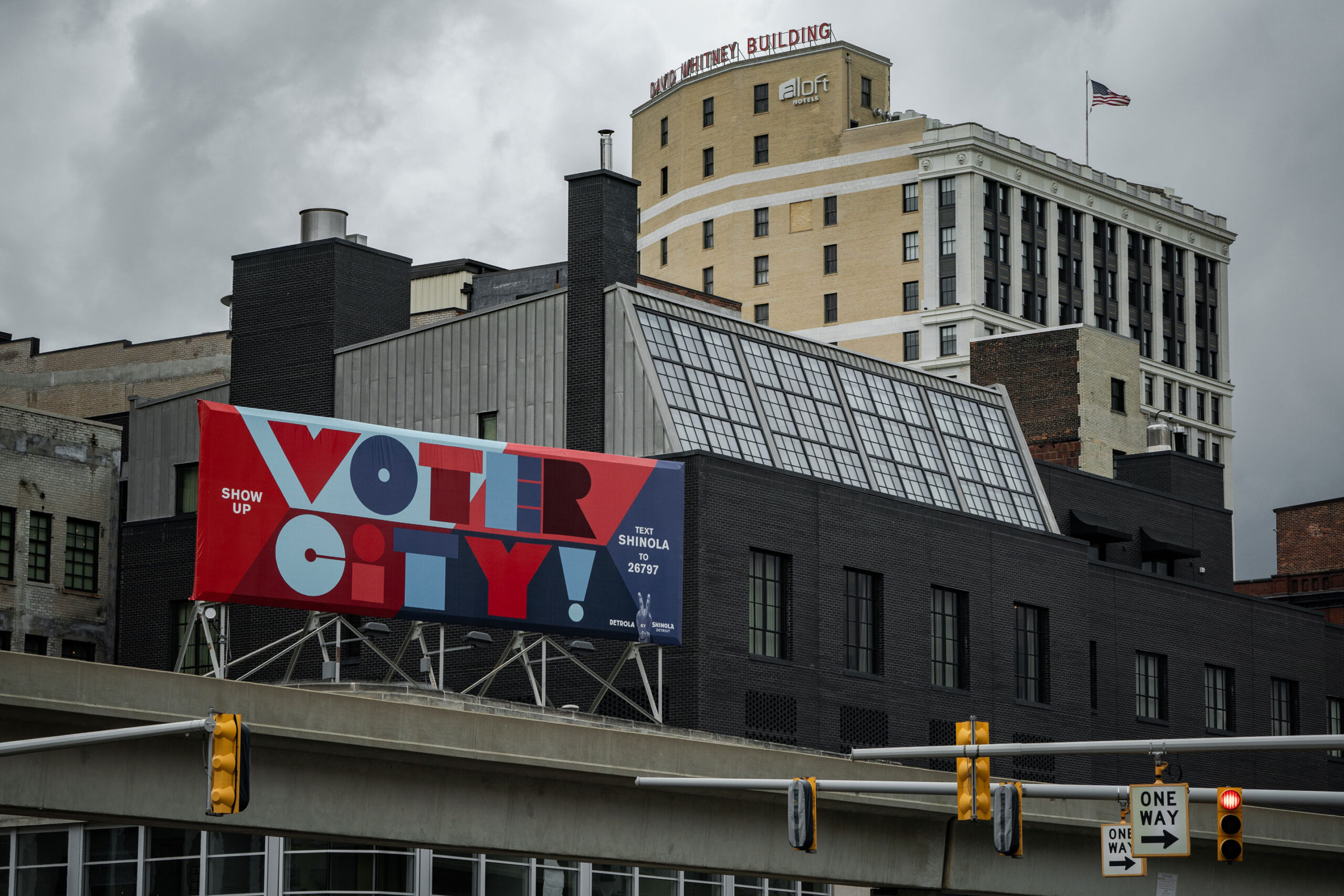 This year hit me like a ton of bricks. I remember seeing the news about a virus in China and on cruise ships thinking, “Wow, that’s terrible,” and never once thinking it could come to Michigan. I knew that Michigan would be important in this year’s presidential election—we are a swing state after all—but didn’t realize what impact COVID-19 would have on my voting decisions.

I’m a Michigander through and through. I grew up in Kalamazoo and spent my summers on Lake Michigan. This is where I learned the value of hard work and the importance of family. Now, I’m a single mom living just outside Kalamazoo with my teenage son and daughter. I love it here, there’s no other place I’d want to raise my kids.

But it’s no secret that this has been a hard year; catching us all off guard, myself included. I’m a realtor, managing my own small business. After a really strong 2019 and continuing to grow my business into early 2020, the pandemic hit and I had to file for unemployment. Not being able to go out and show homes for several months just killed my business.

Initially, the supplemental pandemic unemployment helped immensely. I was able to feed my kids and pay bills without dipping into my reserves too much. But now, while the market seems hot, home buyers and sellers are hesitant to make decisions when they don’t know what the future could hold. Uncertainty is bad news for the economy—especially if you’re a realtor like me—so things just aren’t back to “normal.” And they might not ever be.

The additional $600 in unemployment has run out, even though the economy isn’t back to where it was before, and I’m feeling it. I have some savings, but it’s getting tighter and tighter each month and I’m increasingly worried. I know I’m not the only one who is concerned. Both small and large employers are closing because they aren’t getting support from the federal government. That’s just wrong.

All of this led me to get involved with an organization called WorkMoney that started during the pandemic to help working people advocate for ourselves. I answered a Facebook post and signed a petition, which led to several conversations about pandemic support for folks like me and how to advocate for things like additional stimulus funding from our elected officials. It helped me find my voice, which I’m using now to demand better for my family and my community here in Southern Michigan.

Let’s face it: On the national level, our leaders have failed middle-class, hard-working people like me. Congress can’t get it together on the stimulus package, especially after President Trump canceled talks and then sent mixed signals about potential legislation. What gives?

There are those who credit Trump with a strong economy, and I used to be one of them. But this pandemic has been so horribly mismanaged, even when his administration knew back in January just how bad things could get. If there were a tornado barreling toward Kalamazoo and our local government did nothing to inform citizens, we’d be outraged. We should be similarly outraged here that more than 225,000 lives have been lost, so many businesses have closed, and Americans of all backgrounds are suffering. And the President failed to warn us or adequately prepare us.

That’s what’s driving me to vote this year and be more active than I have in the past. I was raised Catholic and I still have conservative values that align most closely with Republicans overall. But I’m not voting for Donald Trump this election.

Many of my friends and family are, and that’s their choice. I still love them, and they still love me, but I can’t vote for another year like this one. My kids and I need something different.

We will get through this year, and we’ll be stronger for it. But it’ll take guts, commitment, and everyone doing their part to build a bright future for Michigan and our nation.

Emily Anglin is a small business owner from Richland, Mich.